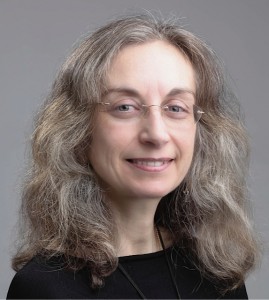 I was born in Perugia, in the green heart of Italy.
I am a graduate of the Catholic University of the Sacred Heart in Milan, Italy, and of Mills College, Oakland, CA. I live in Northern California with my husband and work as an academic researcher in Medical Information Science.

My poetry, flash nonfiction and memoir have appeared, or are forthcoming, in: Postcard Poems & Prose, Star 82 Review, four anthologies edited and published by Redwood Writers (a branch of the California Writers’ Club), the CWC Literary Review, Her Heart Poetry, Oasis Journal, the American Journal of Nursing, Italian Americana.

My food writing has appeared in: the North Coast Journal, Remedy Quarterly and Edible East Bay.

The poem Our Binary World is published in the Volume 9 Issue 2 of the Journal of Humanistic Mathematics (July 2019) [click on Download, then scroll to page 2]

The poem At Butcher Slough is published in The North Coast Journal (July 25, 2019) 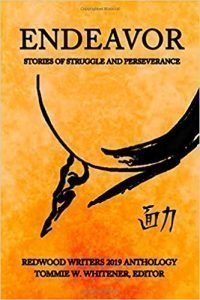 The memoir “Learning to Love Horses” is published in the 2019 Redwood Writers’ anthology Endeavor: Stories of Struggle and Perseverance (July 2019)

The poems “Rock and Light” and “Life on the Edge” are published in Volume 3.4, Summer 2019 of Sheila-na-gig Online

The poem “Diagnosis” is published in the Spring 2019 Issue of Intima, A Journal of Narrative Medicine 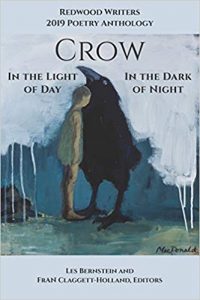 The poems “The Crows” and “The Picnic Table” are published in the 2019 Redwood Writers’ poetry anthology Crow: In the Light of Day, In the Dark of Night

The poems “The Crypt” and “Ghazal of the Soccer Ball” [photo here] are published in Volume 3.1, Fall 2018 of Sheila-Na-Gig Online 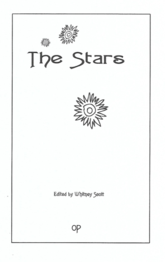 The poem “Yellowtail Damselfish” is published in the anthology The Stars (Outrider Press, print only)

The poem “Dryads Live in Sitka Spruce” is published in The North Coast Journal (July 12, 2018)

The poem “May Morning in Southern Iceland” is published in Seven Gill Shark Review (print only, April 2018)

The poem “Conversation” is published in The American Journal of Nursing (March 2018, Volume 118, Issue 3)

The poems “Poppy Blooming” and “Eternal House” [photo of the house on this page] are published in Volume 2.2, Winter 2017 of Sheila-Na-Gig Online 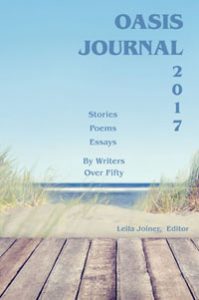 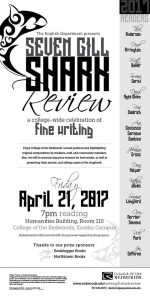 The poem “Erasure” is published in Seven Gill Shark Review (print only) and read at a celebration of fine writing at College of the Redwoods, Eureka Campus, on April 21, 2017. 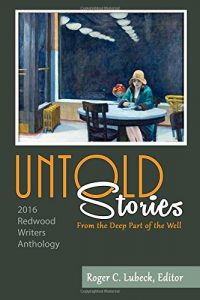 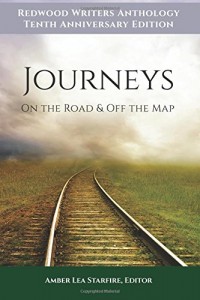 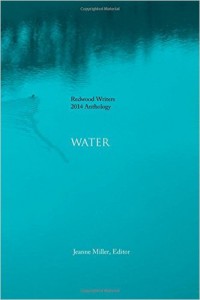 Besides the Writings on this website, I write a food blog called briciole. A selection of my published articles is available on this page.